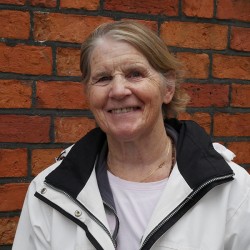 For more than 50 years, Sr Stan Kennedy has pioneered, campaigned, explored and developed a range of inspiring social innovations to benefit thousands of people. In the 1960s, she worked alongside Bishop Peter Birch to develop Kilkenny Social Services into a blueprint for the rest of Ireland. In 1974, Sr Stan was appointed the first Chair of Combat Poverty and in 1985, she established Focus Ireland – the country’s largest NGO tackling homelessness. In 2000, Sr Stan founded The Sanctuary, a meditation and spirituality centre in the heart of Dublin and in 2001, she established Social Innovations Ireland, parent organisation of the Immigrant Council and Young Social Innovators. Sr Stan has received many awards and tributes including: Kerry Person of the Year (1981); Honorary Doctorate in Law from Trinity College, Dublin (1982); University of New York Special Honour for commitment to the disadvantaged in Ireland (1993); The Lord Mayor of Dublin’s Award (1996), Honorary Doctorate in Law from NUI (2003); Meteor Awards Humanitarian of the Year (2004); and Honorary Degree of Doctor of the Open University. Sr Stan is also an author of several bestselling books including Day by Day, The Road Home and Now is the Time. Her most recent book is Mindful Meditations for Every Day, published in 2016.

Back to Board of Directors