Arriving in Ireland as a child, Chino survived homelessness to study law at Trinity College, Dublin. 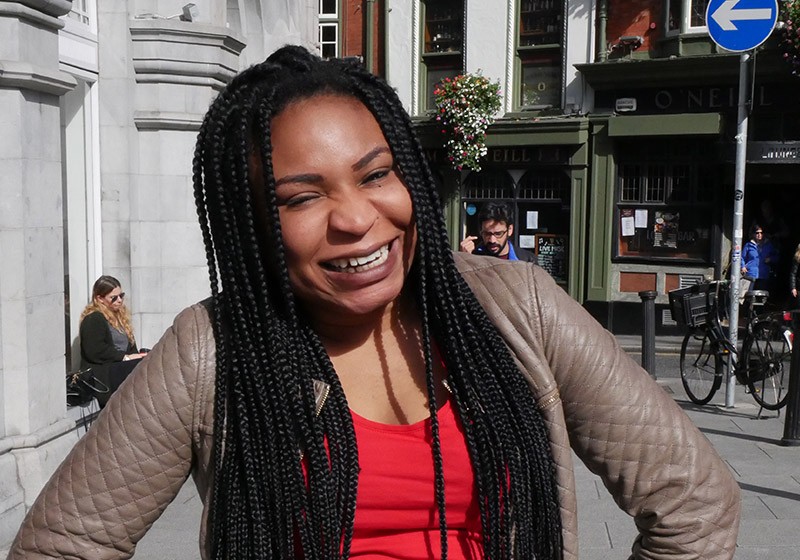 I came to know about the Immigrant Council of Ireland in 2008. Prior to that, I had been raised in the group home and subsequently in a foster home for a year before I turned 18.

When I turned 18, my student visa expired and I was told I could not apply to renew my student visa because I did not meet the criteria for student visa. I was told that I would have to apply for asylum and leave to remain. Both immigration processes usually take a couple of years. The government no longer paid my foster family because I had turned 18 so I had to leave the foster home. I found myself going from being a child a night before my 18th birthday, to being treated as an adult the following day.

I only had a tiny amount of savings which I used to pay for hostels for a few days. Afterwards I became homeless. The homeless shelters would not offer me a room because I had no legal status in the State. I could not get a job because I had no legal status. I stayed with different friends and sometimes slept in McDonalds. During this very hard period, I tried to take my life because at that time I thought it was better to die than to live in so much pain.

On a very rainy day in Dublin, I was trying to find shelter and my friends were not yet at home so I was walking around. I saw a sign for the Immigrant Council of Ireland. The word ‘Immigrant’ caught my attention so I knocked. A lady opened the door and offered me tea. We went to one of the meeting rooms and she asked me to tell her my story. I was reluctant to tell her because all the agencies I had previously approached could not help me because of my lack of legal status.

The Immigrant Council was different; they were able to get me in contact with their founder Sr Stan who got me a place to stay within a week. I met with the Immigrant Council team on a regular basis. Within a month they had written a number of letters to INIS and I got a reply after a couple of weeks. The Immigrant Council lawyer who handled my case fought for my case so passionately. The first hearing was one of the most horrible experiences of my life as I was made to feel not wanted in Ireland and like a liability. But my lawyer defended me very well and it was at that moment I realised I wanted to study law and be a lawyer like her. The judge sympathised with me and recommended I be given leave to remain. Happily, I was given my leave to remain few months later.

The Immigrant Council saved my life because if I had not gone into the office that rainy day, I would have given up on life. Today I am a Law graduate from Trinity College and presently working in Central Bank of Ireland.

If you would like to share your story to raise awareness about the issues and experiences around being a migrant in Ireland, please email us.