Overall, local authorities have made some progress in developing policies and practices to support and enhance migrant integration, but there is considerable room for improvement. The areas that have seen most progress are Tackling Racism, Voting and Local Migrant Integration Strategies. In contrast, areas such as integration within Local Authority Staffing and the Corporate Structures of local authorities are concerning in their lack of progress.

Based on the data that is available, this suggests that while local authorities are progressing integration of migrant communities in their programming and external services, they are not making progress on areas to do with their internal structures, staffing, funding allocation and diversity.

The average score across all local authorities was only 23%. This shows that there is a big challenge for local authorities in data collection across the board. It is not clear whether in general data is not being collected, or if the data is not able to be disaggregated on issues relating to the migrant community. 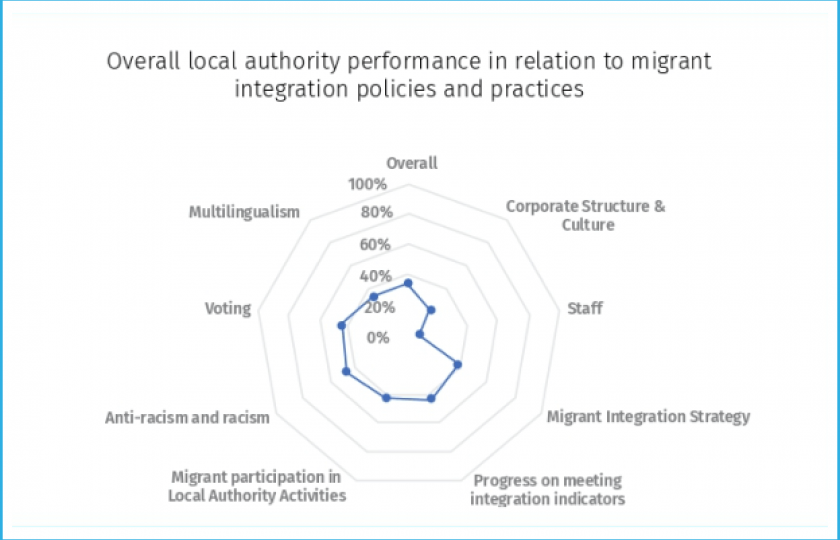