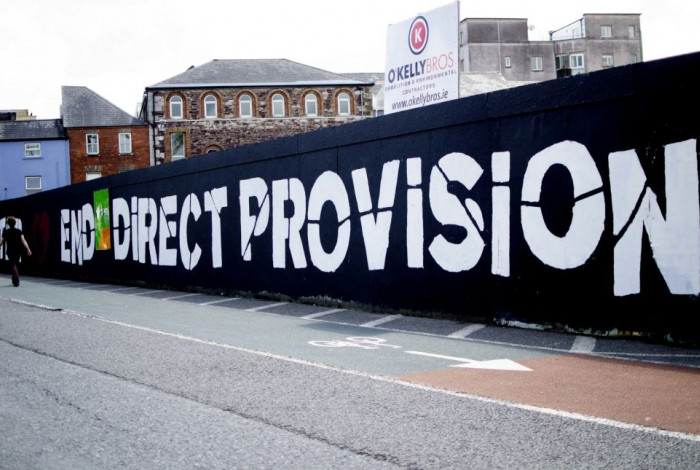 The Immigrant Council of Ireland welcomes the Government’s White Paper today (26 February) on Direct Provision, and congratulate Minister O’Gorman and his officials for the vision and dynamic thinking that has informed its formulation. Similarly, we congratulate the many organisations, activists and individuals who have campaigned over the past 20 years to see an end to this inadequate and problematic approach to the accommodation needs of those seeking international protection. That such a seismic shift in Government thinking has been achieved is testament to many years of hard work in civil society, and many instances where international protection applicants themselves raised their voices to describe their struggle, and to describe the change that was need.

Direct provision has always been a temporary solution which became a long term policy, and its failings have been criticised by many both nationally and internationally. The reality has always been that for those seeking international protection, a one size-fits-all approach was never going to meet the various needs of those within the system. International protection applicants are not statistics, they are people, families, and children: they are those who have fled persecution, human rights abuses, conflict. Within the direct provision system there are those who have experienced trafficking in human beings, who were sold as commodities in the sex trade and forced into labour exploitation by criminal gangs. They, and all those who come to Ireland seeking a new life, deserve to be treated with dignity and respect. They don’t just deserve rights, they have rights, and Ireland’s response to their needs has always been hampered by bureaucracy and a reactive and flawed approach to their accommodation needs.

The White Paper represents an opportunity that must not be missed to change how we as a country integrate those who seek shelter here.

We welcome the commitment in the White Paper to an approach that is more whole of Government, and that places the vulnerability of those seeking protection as a core element. It recommends a multi-strand approach to housing, as has been recommended by many over the years, and most recently by research published in January by our colleagues in the Irish Refugee Council. The inclusion of commitments to an annual budget, annual targets and independent oversight of the process, informed by international protection applicants themselves, are very significant inclusions, and a strong indication of a change in course of the official thinking on this matter.

As an organisation whose work contains a significant focus on the need for investment and planning in the area of migrant integration, we welcome the mention of integration being from day one of a person’s being in Ireland. This has been a long standing recommendation of the Immigrant Council, and recognises that failing to integrate a person from day one not only hampers their development and chance to contribute to Irish society, but ultimately serves no one as Ireland cannot benefit form that person’s contribution.

However, the White Paper does not address all of the issues currently impacting international protection applicants. We urge the Minister, his cabinet colleague Minister McEntee and all of government to consider the enactment of the Catherine Day Advisory Group recommendation on offering permission to remain to people two or more years in the system. Trust between International protection applicants and the State has been severely eroded by the policy of direct provision, and by lengthy bureaucratic delays in the processing of applications. This issue must be addressed, and those currently within the system need to be given some hope that their future contains for them an ability to feel some security in Ireland, and allows them the opportunity to contribute to their community. Similarly we urge Government to lead on resolving long standing issues for international protection applicants such as their ability to open bank accounts, and hold driving licences. These issues, which for the majority of the Irish public are a simple matter, represent a significant integration barrier to those seeking protection.

Overall, while there is much work to be done to realise the vision set out in this document, we welcome it as a significant step towards moving beyond the system of direct provision. We commit as an organisation to working with Government, and our colleagues in civil society and beyond, to see this much needed change realised.

How you can support the fight for migrant rights

The Immigrant Council of Ireland is an independent charity working to defend the rights of migrants in Ireland. Consider making a donation to support our work so we can be there for as many migrants facing immigration challenges as possible.