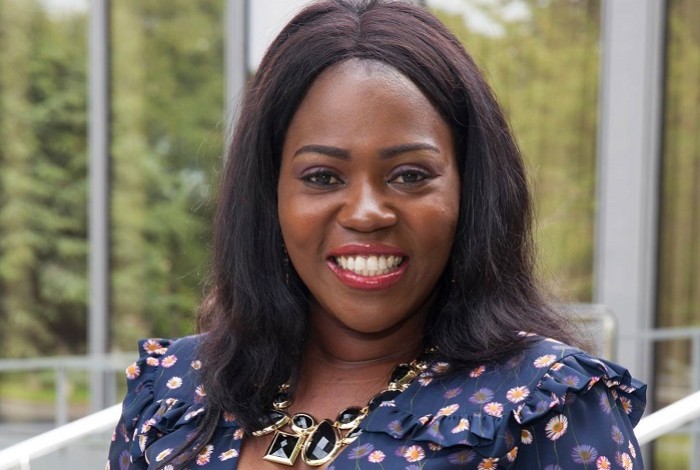 Originally from Malawi, Ellie Kisyombe came to Ireland in 2010 and has spent the last seven years living in Direct Provision. During this time she’s lived through and witnessed the inhumane conditions people in this country's asylum system experience. Following a volunteership with the Irish Refugee Council, Ellie co-founded Our Table in 2015 as a response to the ban on asylum seekers cooking for themselves and in order to channel her passion for food and cooking. The project continues to grow and operates pop-up cafés in Dublin and catering services around the rest of the country; all while shining a light on the system of segregation and dehumanisation that is Direct Provision. Ellie remains a tireless campaigner for the rights of asylum seekers in Ireland.

"Mainly I would like to celebrate the women who are working so hard and without the privilege others might have. Their passion and compassion to do incredible things, not just without structural support, but often in the face of adversity, is what I would celebrate. There are so many women who are heroes but we never know their names.

"It’s very hard sometimes, being a woman. We live in a society which looks down on women. And when women try and do things which are more traditionally masculine you have to do it twice, three times as well as a man or else you are undermined or dismissed. If a man was doing it less well, they would still be respected more. It’s so frustrating! So I think the most important thing I’d want people to take away from International Women’s Day is to respect and support women in every aspect of life. Especially the unsung ones!

"The challenges I have faced relate to labelling. An ‘asylum seeker’ is not who I am. I’m a woman who was raised to do things. I was so angry to be looked on as ‘a woman in direct provision’. But this became a challenge which spurred me on. I didn’t want to use my anger to fight people, I wanted to use this energy in a positive way. To show this is not who I am.

"There are so many women who inspire me – Maya Angelou, Michelle Obama, Oprah Winfrey – but also the women I have met and work alongside every day, like Michelle Darmody and Caroline Reid. I recently met Darina Allen and she drives me and inspires me so much! She is so natural and it’s just beautiful to be around her."