The Library of Migrant Women project 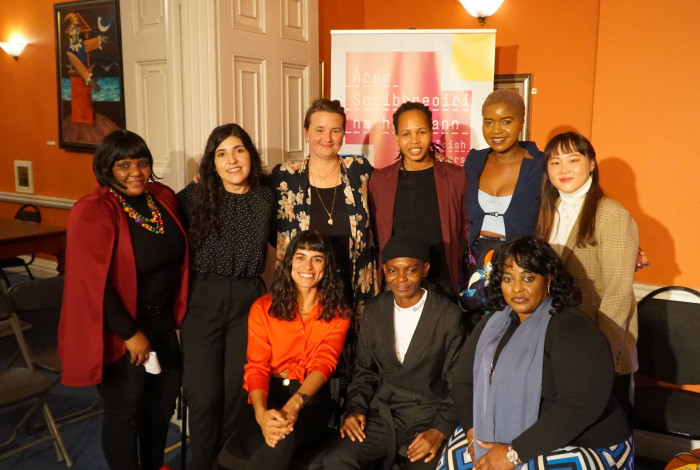 The Library of Migrant Women is a participatory arts project created by migrant women to tell stories of their activism in Ireland. It features 11 stories written by migrant women about the social issues that affects them daily, and their work to transform their life and the lives of those around them. The issues described by the authors range from community health care and voters’ education to arts and anti-racism.

Oana Sânziana Marian one of the writing tutors for the project said ‘Migrant women’s activism in Ireland is rich, multilayered and ubiquitous in all sectors of society. However, migrant women’s existence in Ireland is a contested subject, and an object of a societal battle about agency, visibility and recognition. Part of that conflict is about who is telling stories of migration, how these stories are told, and which ones are heard.’

‘It was important that we could tell our stories in our own words. Prevalent public narratives about migrant women present us either as victims or villains; stories of leadership and resilience are seldom told. The Library of Migrant Women project help us to reclaim the public discourse that defines us and our existence. We are telling stories that we want to tell and we are telling them from our perspective and in our words’ said Teresa Buczkowska the project initiator and second writing tutor.

The 11 women participating in the project represent diverse backgrounds in terms of ethnicity, nationality, immigration status, sexuality, and religion. Writers include well-known as well as emerging activists to ensure new voices are included in a public discourse about migrant women. For bios of the contributors please see below.

The Library of Migrant Women will be launched on the 14th of September at the Irish Writers Centre where the writers will gather to read their stories to the public. Following the launch the stories will be available at the Immigrant Council’s website.

The projects was conceived as a part of Teresa Buczkowska’s Fellowship at the Social Change Initiative in partnership with the Immigrant Council of Ireland. The project was made possible with the financial support of the Social Change Initiative and the Department of Children, Equality, Disability, Integration and Youth (The Community Integration Fund). 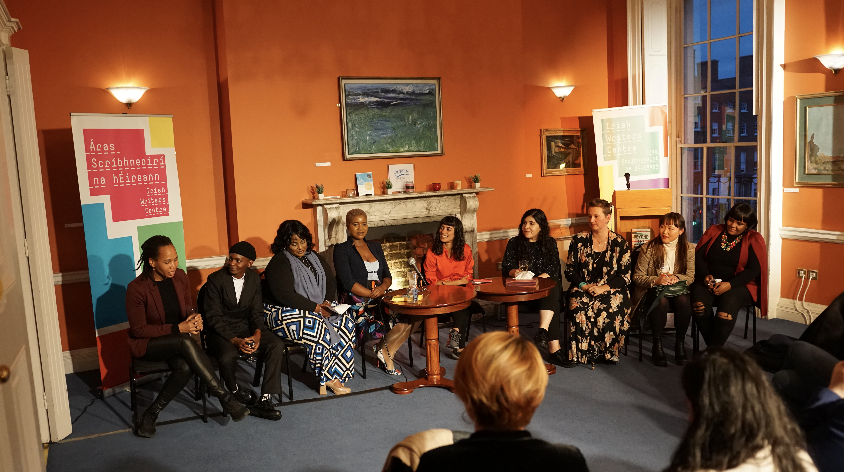 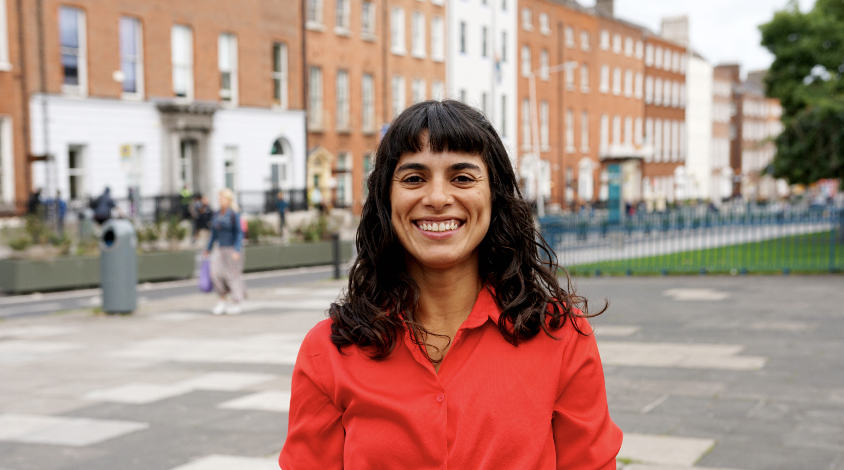 Karen Aguiar is a migrant woman, journalist and socially engaged artist & producer. Her practice is rooted in the concept of intersectionality. A native of Brazil and a resident of Ireland since 2016, Karen believe in the importance of celebrating migration, individual and collective cultures. Performing since a young age, body movement has always been her passion. She sees dance and music as common points where different cultures can meet, powerful ways of getting people together, creating connections and embody collective knowledge-making practices. In 2018 Karen founded Go Dance For Change, a cross-cultural platform, producing social spaces and connecting people & performers to new dance opportunities in Ireland.

Alessandra Azevedo is an Afro-Brazilian dancer, Capoeira performer & instructor from Salvador, Bahia – home to the largest African diaspora population & Afro-Brazilian culture. Her practice is rooted in body movement to promote connections and cultural education. Since moving to Ireland in 2015 she has established herself as an ambassador of the Afro-Brazilian culture in Ireland, working with Catherine Young, John Scott, Vivian Brodie Hayes, Justine Doswell and other artists. Along with her dance group Criola Dance, Alessandra has performed at major festivals sharing styles from the range of African diaspora dances developed through ancestral, artistic expression. 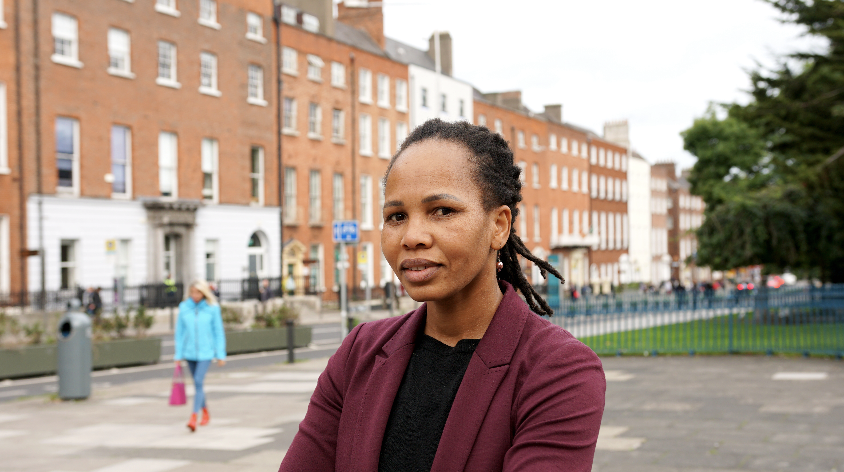 Mariaam Bhatti is a qualified community development and social policy practitioner with extensive experience of advocacy and community organising. For over a decade she has worked on various national and global campaigns and provided peer support to migrants in low paid work. She has also facilitated groups and workshops in Ireland and at a European level. Mariaam is the co-founder of The Great Care Co-op; 2019 UN Fellow (Programme for People of African Descent) and was one of the 100 Most Influential People of African Descent Under 40 Worldwide 2020. Mariaam is also a Member of the European Commission’s Expert Group on Migration.

Teresa Buczkowska is a Polish-Irish social anthropologist, migrant rights activist, and a writer. She was selected as one of 12 Obama Scholars 2022/23 and a Social Change Initiative Fellow 2021/22. Teresa works as the Integration Manager at the Immigrant Council of Ireland and is a member of the board of the arts Council of Ireland. Teresa writes in English (which is her second language) and her main genre of writing is creative non-fiction. Her main writing themes are; the notion of home, identity and belonging, grief and communal violence. 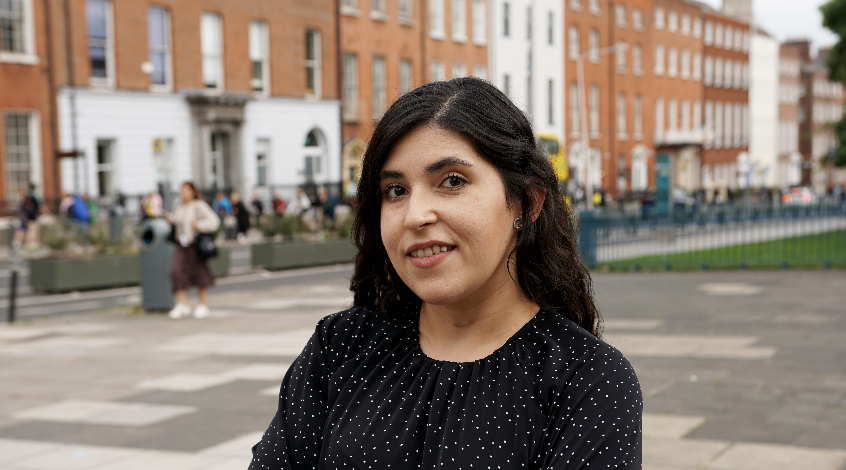 Natalia Ferreyra-Carroll is a queer Latin woman living in Ireland since 2019 and has a Masters in International Human Rights Law from UCD. She works in the NGO sector and volunteers with Dublin Lesbian Line. Natalia also describes herself as a terrible dancer who loves elephants and dinosaurs. Passionate believer in the fact that resistance is fruitful. 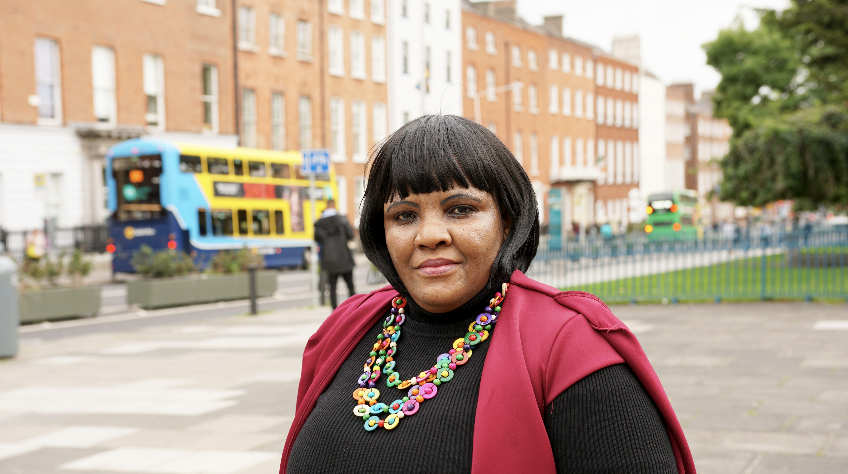 Neo Florence Gilson is a Cork-based poet, singer, writer, storyteller originally from South Africa. Neo is currently a fellow with Playitforward and is also an artist in residence with Sample-Studios and the Radical Institute Studios of Sanctuary Residency Programme. In addition she is developing new work as artist-in-residence with Corcadorca Theatre Company. She is studying Social Science at UCC. Neo's artistic practice is socially engaged and she enjoys collaboration with other artists. She has performed in various platforms in South Africa, UK and Ireland. 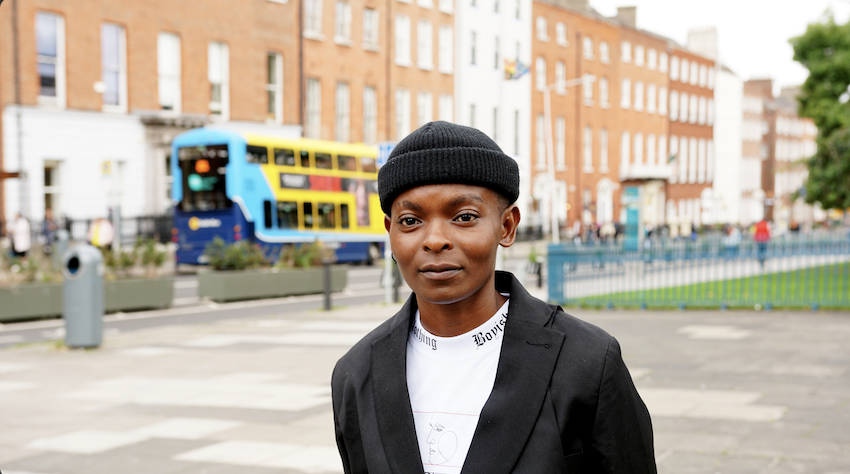 Beryl Ohas originally from Kenya is an LGBTIQ activist, journalist, public speaker, event host and an actor. Beryl holds a Diploma in Mass Communication and Journalism and currently is pursuing a degree in Biochem. Beryl works as a cultural mediator. 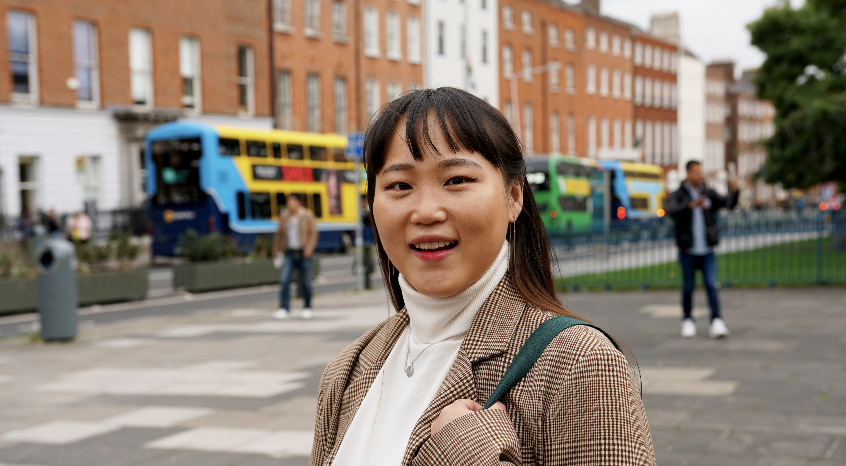 Bomi So is a community connector for migrant communities in Ireland. She graduated with a MSc in Human Rights from UCD and advocates for asylum seekers, refugees, and people with intellectual disabilities in Ireland. Her major interests are related to intersectionality, feminism, and diversity. As part of her journey in Ireland, she engaged in political research and activism regarding undocumented people and their rights in relation to anti-sexual and labour exploitation. She believes that recognizing our differences and uniqueness makes communities a much happier and more joyful place. 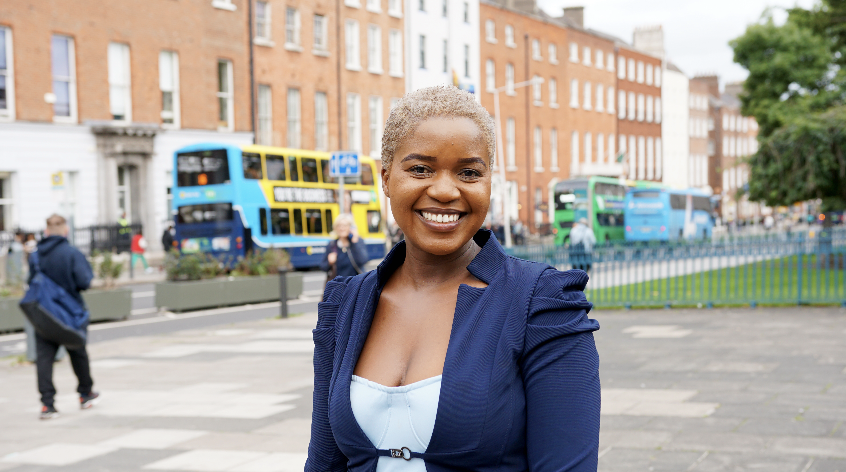 Lelo Mary Thebe is a Zimbabwean born artist who is who is based in Ballyhaunis co Mayo. Lelo is involved in the diversity and inclusion in the Ballyhaunis community through poetry and writing. Lelo has worked with National Gallery of Ireland on Project called ‘Something from there/HOME’. She is part of a Tusome book club reading African literature with migrant and Irish folk.

Lora Ruth Wogu is the founder and CEO of Sickle Cell and Thalassaemia Ireland as well as the European Sickle Federation. In this role Lora supports and advocates for patients and she’s raising awareness to advance patients’ quality of life in Ireland, Europe and global level. Lora works in the Pathology and Laboratory department at St Vincent’s University hospital, though she spends most of her free time advocating for Sickle Cell Disease. She holds a BSC in Healthcare Management, and a MSc in Quality and Patient Safety in Health Care management as well as other various professional certificates.

Oana Sânziana Marian was born in Romania, educated in the US, and now divides time between Ireland and France. She is a poet, translator, visual artist, and educator, who is currently researching implications of Christian theology for Irish contemporary poetry (in this case, written by three white-bodied, settled, cis-female women with Irish citizenship). Her work as an activist and creative practitioner is through the lens of politicised healing (individual, ancestral, collective), and particularly, politicised grief work.