Taking a stand against racism - my experience 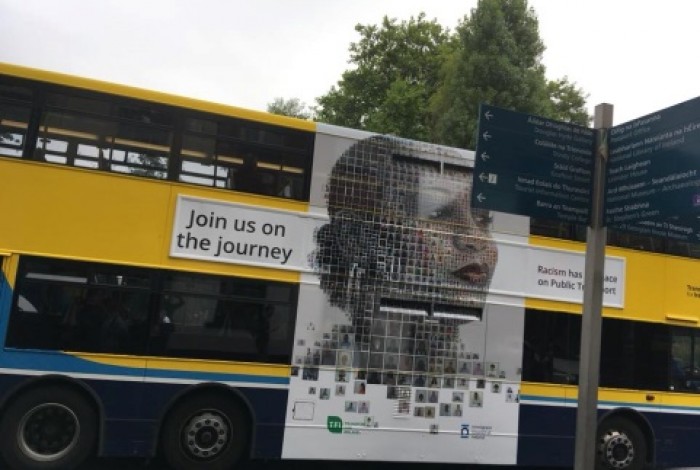 Former intern Catherine Kayya Murphy reflects on her time working with the Immigrant Council on our Racist Incidents Support and Referral Service.

“In a racist society it is not enough to be non–racist.

We must be anti-racist.”

When the anti-immigrant graffiti “immigrants not welcome” was recently scrawled on one of the United States' oldest Irish businesses (Browne's Irish Marketplace, founded in 1887), many Irish were outraged, blaming the Trump administration for accommodating such attitudes. As the Irish living in Ireland were among those outraged, it made me wonder what the difference is between an Irish immigrant abroad and the immigrants in Ireland. Too often we are informed about racist incidents happening to individuals and groups of people based on their physical ethnic appearances. Minority groups, particularly members of the Travelling community and migrants from the black/Asian/Latin American backgrounds, are regularly subject to racist abuse.

While working as an intern this summer I supported a number of cases through our Racist Incidents Support and Referral Service. I was surprised to discover perpetrators come from different aspects of life, including the workplace, local community and other, public places where you would not expect such things to happen. It made me truly appreciate the courage of those who come forward to report such incidents, both victims and witnesses.

It made me realise the more such incidents are reported, the easier it is to successfully lobby for laws such as effective hate crime legislation, which is desperately needed. While we understand it is painful to relive hurtful experiences, the sad truth is we, our partner NGOs and An Garda Síochána need to collect data. This information is required to demonstrate the extent of the problem and show the desperate need for laws to address hate crime. Such laws which would protect members of minority groups and support the long-term aim of eliminating racism in our society.

The cases below are among those I worked on. They give a sense of the abuse being experienced by people in Ireland every day:

Racism should have no place in Ireland, especially given the country’s history on emigration. I believe every individual should stand against racism – if even just for simple reason of humanity first. And for an inclusive Ireland, every company, corporation, both public and private, should draft measures to protect people vulnerable to racism. These measures should include mandatory diversity policies which outline steps taken to report a racist incident in the given area and what steps will be taken against proven perpetrators.

The Immigrant Council of Ireland continues to encourage individuals to report cases of racism both to our own Racist Incidents Support and Referral Service and also iReport.ie. If the incident is of a criminal nature we can support you to make a complaint to the gardaí, as well as providing you information about your rights.

To end on a positive, Transport for Ireland has collaborated with the Immigrant Council for a number of years on powerful public transport anti-racism campaign, producing the slogan “racism has no place on public transport”. You may have seen the posters, compiled from selfie images of hundreds of commuters, displayed across the transport system this summer. This partnership campaign was inspired by reports of racist incidents on public transport and a determination by transport operators to take a stand. The Immigrant Council is delighted to continue this positive effort in the fight against racism in Ireland and we look forward to more state agencies, corporations and businesses taking similar proactive measures.

Helpful tips: What can you do if you witness a racist behaviour in public?

There are a few things you can do if you witness such behaviour and are disgusted by it.