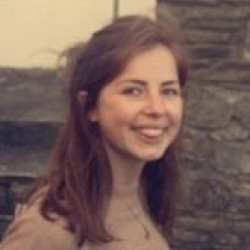 Ruth graduated from UCC with a degree in Law and French in 2018 and has since worked in multiple capacities to advance the rights and opportunities of migrants. She worked as a legal assistant at an immigration law firm in Dublin before volunteering at Eleonas camp in Athens. She was involved in integration programs for refugees and asylum seekers in the Netherlands while doing an MSc in Public Administration: International and European Governance at Leiden University.

She is currently Press Spokesperson for Europe Must Act, a grassroots movement advocating for more sustainable humane EU policies on migration, and is involved in the Ireland Must Act campaign, which was launched in April of this year and is calling on the Irish government to relocate refugees and asylum seekers from the camps in the Aegean Islands to communities across Ireland.

Back to Meet the Team