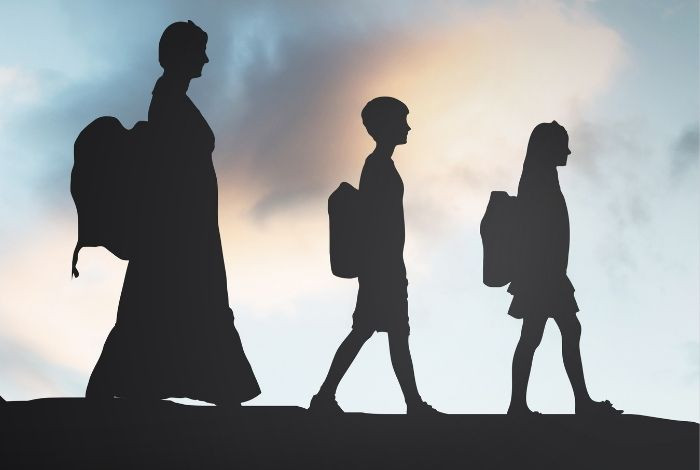 Beyond Exploitation, Ireland’s civil society campaign for equality and freedom from sexual exploitation, has this week written to Minister Simon Coveney to express its growing concern at the very significant threat to the safety of women and children who are fleeing the Ukraine war and who are being targeted by criminal gangs for commercial sexual exploitation.

Led by the National Women’s Council with partners Immigrant Council of Ireland and Ruhama, Beyond Exploitation has called on the Irish Government to use its leadership at EU and UN level to ensure gender sensitive humanitarian aid and decisive action to combat exploitative practices and to provide support and protection to women and children arriving to Ireland and the EU from war.

“International research has clearly established that where there is war there will also be criminals willing to exploit the vulnerable and in particular women and girls.  We are increasingly concerned of the situation at the Ukrainian borders where traffickers and criminals are targeting exhausted women and children for commercial sexual exploitation.

"We are calling on Minister Simon Coveney and the Irish Government to use its influence at highest political level, particularly during Ireland’s Council of Europe Presidency from May-November 2022, to ensure a gender sensitive humanitarian response and decisive action to protect women and girls from trafficking and sexual exploitation.

Other practical supports Beyond Exploitation has called for include:

“We must remember that the only reason the traffickers are taking the women at the borders and transporting them to other countries is because there is a demand, there are men who are willing to pay to sexually exploit these women in their time of extreme vulnerability and displacement.  It may be the traffickers who kidnap and coerce the victims, but it is the buyers in Ireland and right across Europe who sustain this cruel trade. In reality, the ‘business model’ of human traffickers is reliant on those who pay to sexually exploit the vulnerable. It is the commodification of desperation.”

“We are extremely concerned for the safety of women and children arriving in Ireland and the EU and we must do our utmost to ensure they are protected and receive the supports they need.

"We know that sexual exploitation has a long-term impact both psychologically and physically on women who are trafficked and subjected to this heinous crime. Therefore, it is important that Ireland continues to commit resources and funding to ensure the full implementation of the 2017 legislation, tackling demand, reducing levels of sexual violence and exploitation of women and girls, and providing a range of supports including a comprehensive exiting strategy enshrined in policy.”

Read more about the Beyond Exploitation campaign