"I had nowhere to go. I started to doubt myself, I began to think that perhaps things aren't that bad because there is no physical violence..." 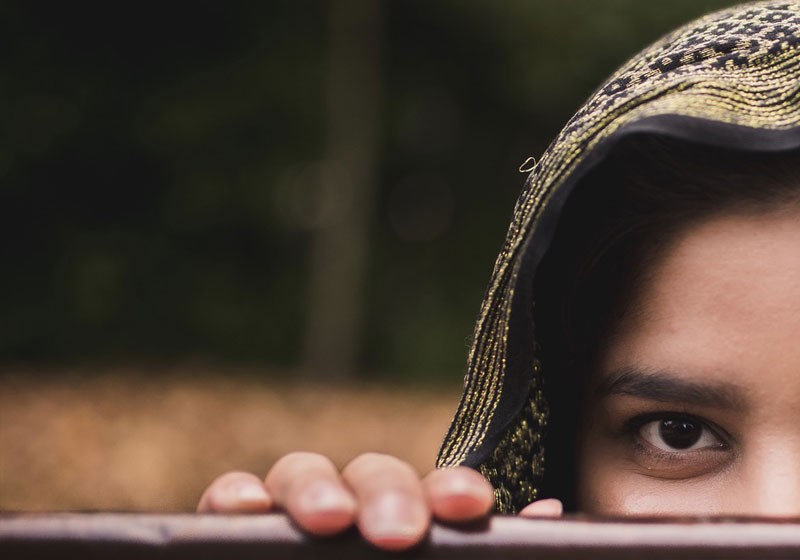 "My name is Amal. In 2010 I met my spouse and we got married. I received the Stamp 3 visa which tied my legal immigration status to my spouse, and I was not allow to work. Being legally prohibited from work I lost my financial independence.

"The financial abuse began after the birth of my son, I was unable to pay for basics like nappies for my child. Things got worse. Emotional abuse, coercive control and verbal harassment become a daily occurence. He would constantly treat me with a divorce, throwing me out of the house. He told me that I was good for nothing, useless, a burden and ugly. It was so intense that I’ve lost all my confidence,

"I was unable to hold a normal conversation with anyone. When both my parents found out about that, they started financially supporting me and my child but my family was not in Ireland. I had no friends, no one to ask for help. I reached out to a few organisations but no one offered me a way out of the house, I had nowhere to go. I started to doubt myself, I began to think that perhaps things aren't that bad because there is no physical violence. In a hope that “things might get better” I kept waiting and delaying doing anything about it. It all became a norm.

"At some point I decided to learn how to drive, with great difficulty I managed to get the money together for the lessons. My driving instructor wanted me to buy a car, which I couldn't afford. One day I ended up in tears and told her everything. She told me about Women’s Aid.

"I rang them and they told me that they believed every word I said and that there is definitely a way out. They gave me hope and told me to live like this is wrong and not normal. I was advised to gather proofs of all conversations between me and my husband. I started keeping a diary from that day. I got the courage to speak to my doctor who was a Pakistani, and she was a gem of a woman. She often paid for my appointments and supported me by writing letters explaining the mental trauma I was experiencing.

"I also contacted the Immigrant Council of Ireland, they helped me to apply for an independent immigration status. It took three months to get it."

Domestic violence doesn’t always have to be physical. Financial control, emotional abuse and verbal harassment are also a form of domestic violence. If you experience similar issues know that you are not alone. Tell your GP or contact Women’s Aid.

Migrant women on a spousal visa (Stamp 3) are particularly vulnerable as their legal status in Ireland depends on their spouse. They are also unable to become financially independent as their visa prohibits employment. If you worry about your immigration status and you experience domestic violence contact the Immigrant Council of Ireland for free and confidential legal advice.

Visit our Gender-based violence campaign to learn more about this issue and find available supports.

Please note that to protect her identity, we have used a different name and photograph.